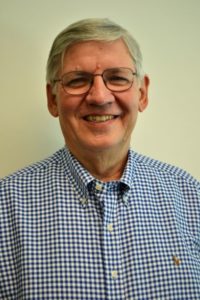 In this new role, Dr. Kolesk, a N.J. family physician for two decades, who later had a distinguished career as a hospital administrator with Virtua Memorial Hospital and Virtua Health in Marlton, N.J., will oversee Woods and its population health management strategy, which includes the integration of primary and specialty care with behavioral health, and becoming a specialized patient-centered medical home in Pa. and N.J.

In addition, Dr. Kolesk will guide the launch and expansion of Woods’ primary care centers in N.J. in partnership with Woods’ affiliate, Legacy Treatment Services, as well as collaborations with N.J. hospitals and medical centers for the provision of medical services to people with IDD and patients with behavioral challenges.  He will also work with Woods’ health care professionals at the Medical Center at Woods in Langhorne to ensure the on-going delivery of quality care to the individuals Woods serves.

“We are thrilled that Dr. Kolesk is joining the Woods team, especially given his extensive experience, including being part of the creation of one of the first accountable care organizations, along with his decades-long expertise as a family physician, healthcare operations executive, and corporate officer, ” Hansen-Turton said.  “His dedication to the highest quality of care for children and adults will intellectual and developmental disabilities will be a tremendous asset to Woods as we work to continually improve outcomes for the children, adults, and seniors Woods serves.  At Woods, we see healthcare as being at the Center of the Woods Care Approach, and we are delighted Dr. Kolesk is on board to help guide our Woods Model: Care for the Whole Person.”

“I am humbled and excited to be working for Woods in my new role,” Dr. Kolesk said.  “As vice president of medical affairs and managed care, I will augment Woods’ population heath strategy to bear for the consumers.  By focusing on the triple aim of quality, satisfaction, and value we will create cutting-edge care for the population that Woods oversees.  Being a family physician, this role offers me the opportunity to reinvest what I went into medicine for: I will help a population that is often overlooked by the health care community.”

Dr. Kolesk was a family physician for 23 years at Mount Laurel Family Physicians, LLC, a private practice he co-founded in 1981 in Mount Laurel, N.J., after completing his family practice residency at Somerset Family Practice Program in Somerville, N.J.  While in family practice, Dr. Kolesk also served on the Virtua Memorial Hospital medical staff in several voluntary roles, including for nine years as chief of the Family Practice Department, chairman of the Medical Staff Quality Committee, and a medical staff officer.  From 2002-2003, he was the first family physician to serve as the president of the medical staff.

In 2004, Dr. Kolesk took an administrative position as medical director of quality and safety at Virtua, then soon after was promoted to vice president and COO of Virtua Memorial Hospital, where he was responsible for operations and clinical quality, a role he held until 2012.

In 2012, he was promoted to senior vice president of clinical integration at Virtua, where he developed and became president and CEO of VirtuaCare, Virtua’s Accountable Care Organization with Medicare, Horizon, and Aetna.  He created and launched Virtua Physician Partners, serving as CEO and president, and in partnership with Virtua, recruited a network of more than 1,500 providers.

Upon retiring from Virtua in 2017, he continued to see patients at Home Care Physicians in Moorestown, N.J., caring for patients at home and in assisted living facilities.  Since March 2018, he has consulted with Legacy Treatment Services, a non-profit human services agency in southern New Jersey, assisting with an affiliation between Legacy and Woods Services.  The partnership, first announced in June 2018, and approved in January 2019, grew from a mutual dedication to achieving exceptional outcomes for the children and adults each organization serves, according to Hansen-Turton.

Dr. Kolesk received his B.S. in Biology from Fordham University and his M.D. from the University of Connecticut School of Medicine.  He has received numerous awards throughout his career, including the Virtua Medical Staff’s Distinguished Career Award (2004), Virtua Superstar Award/Physician Category (2005), South Jersey Magazine Top Doc (2005), and Virtua Memorial Hospital’s Friends of Nursing Award (2006).  Becker’s Hospital Review named him a Top Accountable Care Organization to Watch in 2014.

Dr. Kolesk resides in Delran, N.J., with his wife of 44 years, Kathleen.  They have three children and five grandchildren.

In an effort to improve communication, daily living skills and educational outcomes for both … END_OF_DOCUMENT_TOKEN_TO_BE_REPLACED

We are committed to eliminating barriers and creating possibilities for achievement.   We … END_OF_DOCUMENT_TOKEN_TO_BE_REPLACED

We exist to drive greater achievement for the individuals we serve.  Whether living  on our campus, … END_OF_DOCUMENT_TOKEN_TO_BE_REPLACED