The US Senate is pois 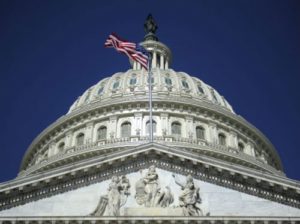 ed to vote on the American Health Care Act (AHCA) as early as next week and they need to hear from YOU about the harmful impact of this bill on individuals with disabilities who are served by Woods. The AHCA contains unprecedented changes to the Medicaid program that will harm states’ ability to serve individuals with intellectual and developmental disabilities.

Please join Woods in calling your US Senators TODAY and asking them to vote NO on an AHCA that does not protect our nation’s most vulnerable citizens. Click here for a helpful guide to calling your Senators! Thank you for your support!

The AHCA would decrease total Medicaid spending by more than $800 billion and would transition Medicaid to a per capita cap system.  This means that the federal government would determine an amount paid to each state per person enrolled in Medicaid.  Millions of individuals with disabilities and their families rely on Medicaid for their health care and program funding, all of which would be impacted by the proposed cut.

A per capita cap system is of particular concern for individuals with disabilities because the same amount would be paid to the state for each individual enrolled without taking into account the severity and complexities of this very medically frail and behaviorally challenged population.  Under this model, states will be faced with budgetary pressures resulting from the reduction in federal Medicaid funds.

It is critical that Congress maintain current Medicaid funding levels or establish a mechanism to protect services for the most vulnerable individuals with disabilities and medical and behavioral challenges who rely on adequate Medicaid funding of their services to survive.

In an effort to improve communication, daily living skills and educational outcomes for both … END_OF_DOCUMENT_TOKEN_TO_BE_REPLACED

We are committed to eliminating barriers and creating possibilities for achievement.   We … END_OF_DOCUMENT_TOKEN_TO_BE_REPLACED

We exist to drive greater achievement for the individuals we serve.  Whether living  on our campus, … END_OF_DOCUMENT_TOKEN_TO_BE_REPLACED