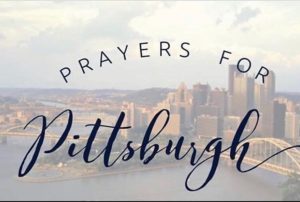 The senseless act of violence that occurred at the Tree of Life Synagogue over the weekend is heartbreaking. We send our thoughts and prayers to all those affected by this senseless violence, including the family and friends of the individuals who lost their lives. Among the 11 victims were brothers David and Cecil Rosenthal who lived together near the synagogue and received support and assistance from an intellectual disability program in Pittsburgh.

Woods has employees from many countries, backgrounds and faiths and our diversity is our strength. We must draw upon that strength – and one another –  and stand together in mutual understanding, respect, and love, especially at times like these. We must stand strong in our conviction that love is stronger than hate.

In an effort to improve communication, daily living skills and educational outcomes for both … END_OF_DOCUMENT_TOKEN_TO_BE_REPLACED

We are committed to eliminating barriers and creating possibilities for achievement.   We … END_OF_DOCUMENT_TOKEN_TO_BE_REPLACED

We exist to drive greater achievement for the individuals we serve.  Whether living  on our campus, … END_OF_DOCUMENT_TOKEN_TO_BE_REPLACED